Computer System A Programmers Perspective
This book is written from a programmer's perspective which describes how application programmers can use their knowledge of a system to write better programs.
Chapter 1

This book begins its study of systems by tracing the lifetime of the hello program, from the time it is created by a programmer, until it runs on a system, prints its simple message, and terminates.

Hardware organization of a typical system: 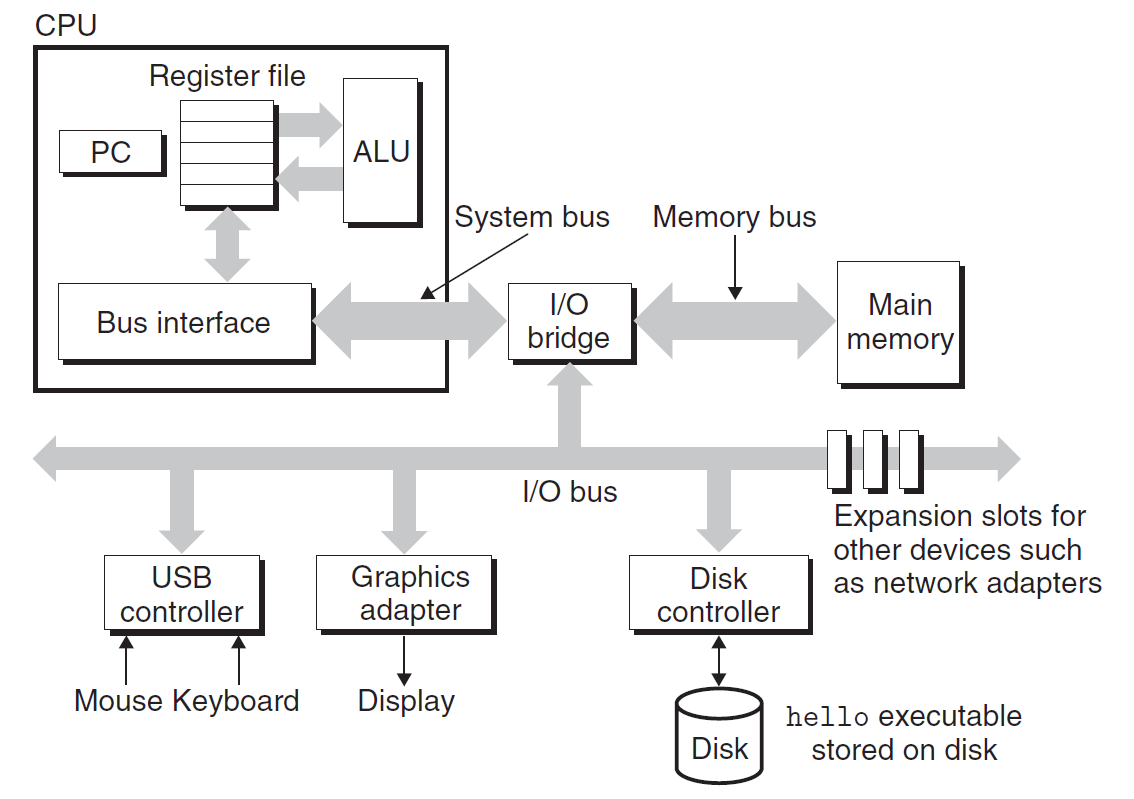 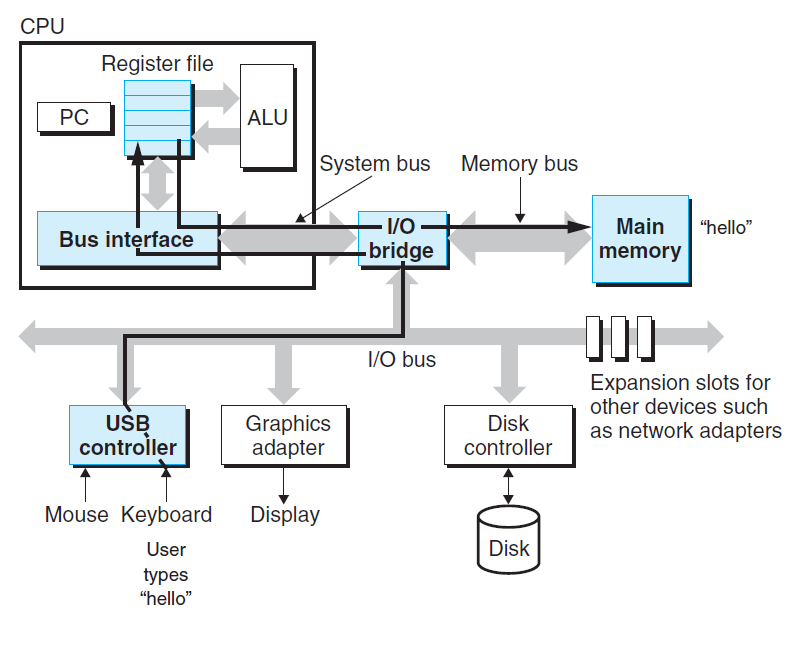 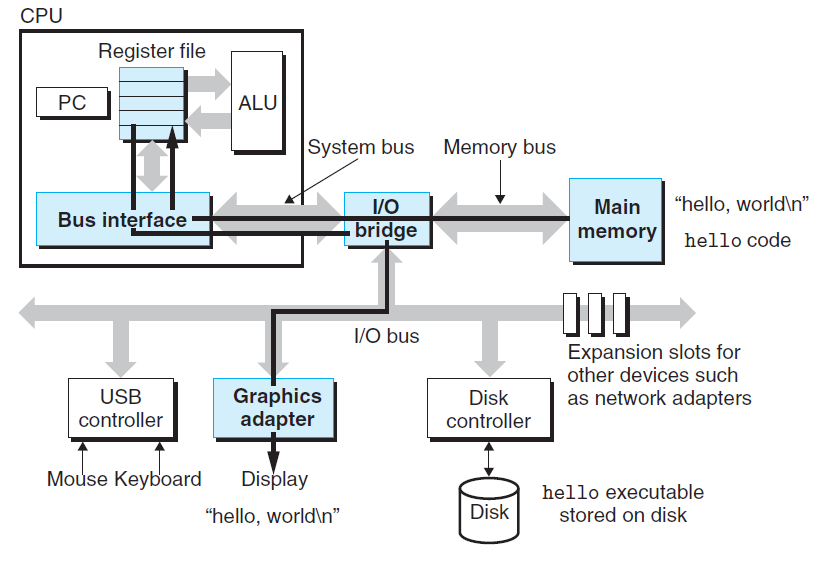 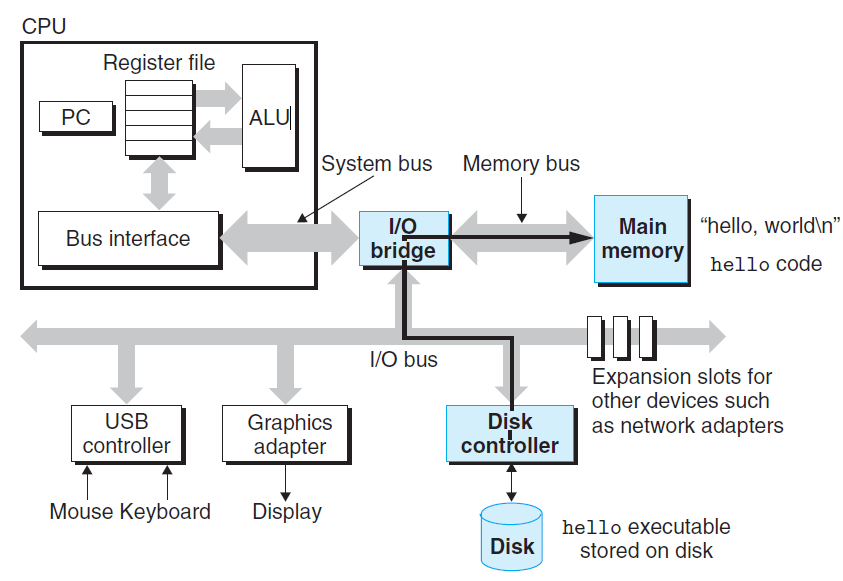 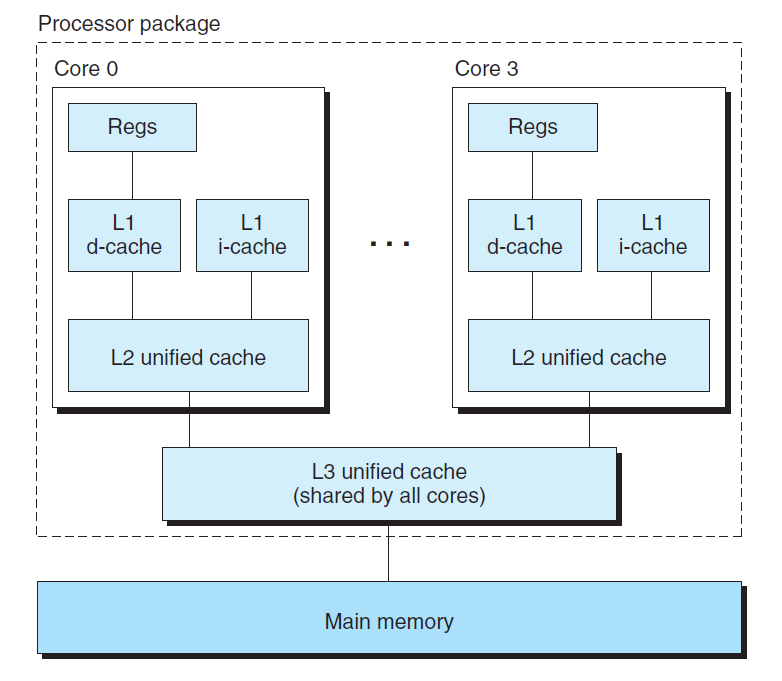 The main idea of a memory hierarchy is that storage at one level serves as a
cache for storage at the next lower level. 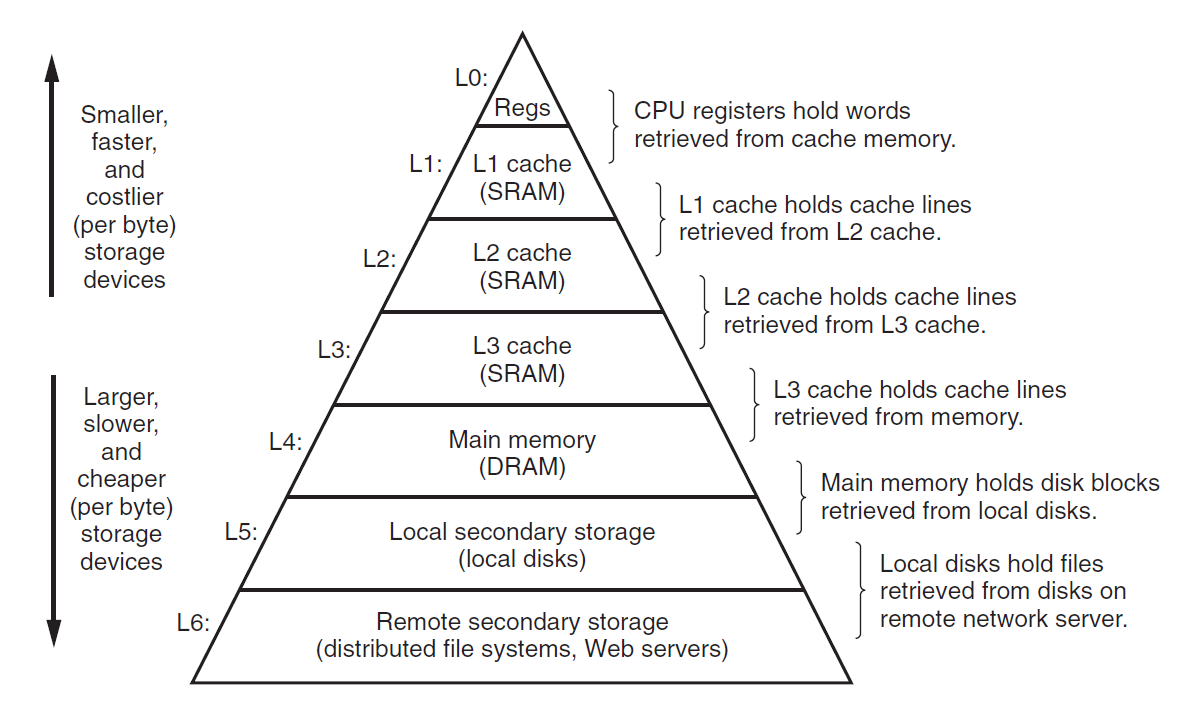 1.5 The Operating System Manages the Hardware 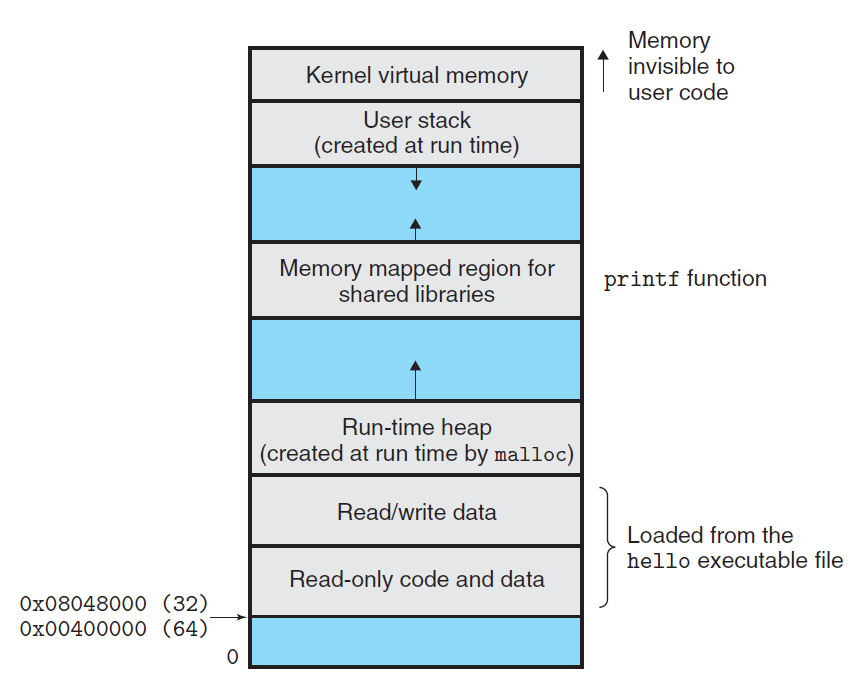 Concurrency: It refers to the general concept of a system with multiple, simultaneous activities.

Parallelism: It refers to the use of concurrency to make a system run faster.

Three levels of abstraction in a computer system:

1.7 Some abstractions provided by a computer system: